Maritte is an ‘’Ordinary’’, a young woman without magic powers. She’s a little bit envious of her younger sister Safina, a rebellious but prodigious witch who always seems to be caught in one adventure or another in her magic school, Ikenfell.

But when Safina disappears without a trace, Maritte takes it into her own hands to find her way into Ikenfell where she discovers a secret that threatens the world… and her relationship with her sister.

Ikenfell is a game that’s literally oozing with charm; the graphics are minimalistic but colourful and vibrant. And the characters’ have been meticulously crafted, so much that each personality shines through. And we haven’t mentioned the ridiculously great soundtrack yet!

The gameplay blends strategy RPG and rhythm (à la Paper Mario) beautifully offering a fun challenge. If you’re not a veteran gamer, though, don’t worry: Ikenfell offers lots of accessibility options, making sure the game can be enjoyed by anyone.

Ikenfell is also a wonderfully inclusive title. The cast is comprised of characters from across the LGBTQ+ community. But most importantly the characters’ orientation or gender is never the focus, it’s just a part of who they are.

Ikenfell is a sweet game that feels like a warm blanket, with a great story to boot.

… and to restore your health, you have to pet cats. Need I say more? 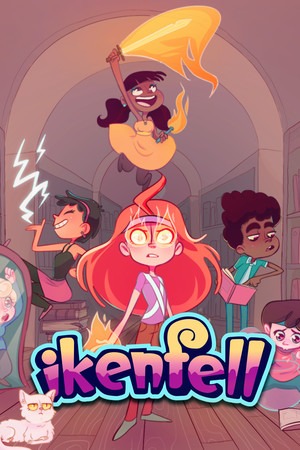 The Body Remembers When the World Broke Open (2019)

Written and directed by Kathleen Hepburn and Elle-Máijá Tailfeathers
Vancouver, BC
Read More