Abenaki filmmaker Alanis Obomsawin brought viewers right to the front lines of Quebec’s Oka Crisis and often crossed them in this award-winning documentary. As its title suggests, the film ties the 1990 abuse of Mohawk rights to a history of colonial land theft and abuse of power, going all the way back to the foundation of the city of Montreal. Scenes shot in the heart of the action at the Kanehsatake reserve and the Kahnawake reserve south, which rose up in solidarity by blocking Montreal’s Mercier Bridge for nearly six weeks, are full of raw anger and pain. Obomsawin starkly depicts the mounting tensions between the Mohawks and majority white town from an Indigenous perspective like few other Canadian films have before.

As Quebec police retreat to make way for federal army troops sent to intimidate and fight the warriors defending their land from illegal construction, racism-fuelled power imbalances come into sharp focus. The fact that so much strife was caused over a town wanting to expand a golf course into an area home to Mohawk burial grounds speaks to the longstanding disrespect shown to this nation. As for the rhetoric surrounding police violence enacted towards first nations in Canada, its familiarity to current events speaks to how little has changed. 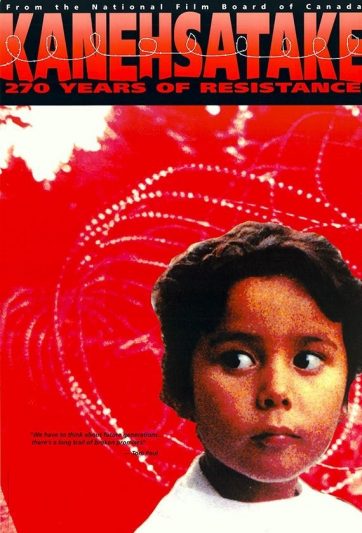 REZZ is a chart-topping DJ who grew up in Niagara Falls, Ontario, and her debut album Mass Manipulation won the 2018 Juno Award for Best Electronic Album of the Year.
Read More

Directed by Vic Sarin
Vic Sarin has had a celebrated career as a director and is also well-known for his cinematography work for films like the 1994 film Whale Music and Margaret’s Museum in 1995.
Read More