The Burbank brothers are wealthy ranchers in Montana in 1925. Phil (Benedict Cumberbatch) is an overbearing man with a sharp tongue and a meanness that seethes just below the surface. He carries contempt for anything soft or kind. His brother George (Jesse Plemons) is the complete opposite, a gentleman, soft-spoken and prone to kindness towards a woman in distress. That woman in The Power of the Dog is Rose Gordon (Kirsten Dunst), who runs the local restaurant with her son Peter (Kodi Smit-McPhee). Peter is curious, artistic, and seemingly frail—a perfect target for Phil. Won over by George’s chivalrous nature, Rose becomes his wife, bringing her son Peter to live at their country mansion at the ranch.

Even though Phil is rough, he still knows that the Burbank station is higher than most. Hanging onto their upper-class upbringing, he’s certain Rose is there for their money, sparking him to torment George’s new wife and stepson. With Phil’s domineering energy hanging over the household, secrets and unspoken malice do more damage than stampeding cattle on the rugged terrain.

Based on the 1967 book by Thomas Savage and directed by Academy Award-winner Jane Campion, The Power of the Dog is a sweeping saga of rivalry and questions what it means to be a man on the frontiers of early America. With riveting performances and gorgeous cinematography by Ari Wegner, it’s no surprise that the film gained 12 Oscar nominations at the 94th Academy Awards. Real-life couple Dunst and Plemons received nominations with Cumberbatch, Wegner and Smit-Mcphee, and Quebec-based producer Roger Frappier for Best Picture. 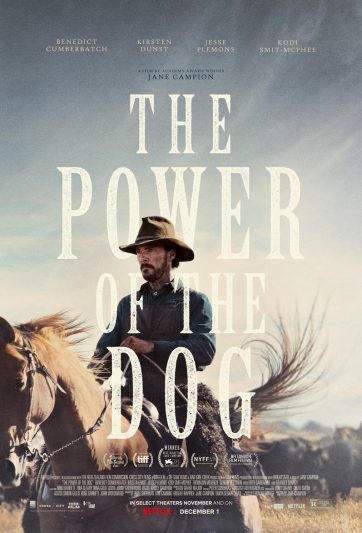 Produced by Roger Frappier
This will be Campion’s second film to receive multiple nominations after winning for The Piano, starring Canadian-born Anna Paquin, who also took an Oscar home for her performance in 1994.

Directed by David Cronenberg
Viggo Mortensen has worked with David Cronenberg several times in the films Eastern Promises, A History of Violence, A Dangerous Method, and Crimes of the Future.
Read More